The original ad for the '88 Honda Super Magna

Here's the original ad I found on Facebook Marketplace for the '88 Honda Super Magna back in October 2018 when I went looking for cruisers for sale near me.  I was still not sure what kind of cruiser that I wanted, but it had to have the option to become a chopper and it had to look gooooooood!  I had narrowed my search down to Hondas and Suzukis (Shadows, Magnas and Intruders) when I came across an unmolested, all original, adult owned 1988 Honda Super Magna.  The fact that not only was it located within 100 miles of where I lived, but it was basically for sale on the route that I took to work about once a month when I had to run to Jackson to my HQ.

But then that's just the way that my luck has been all of my life.

Reading through the ad I was drawn to this bike in more ways than one.  If this bike was what I thought it was (and hoped it was), then I'd just found my new horse ... a rare horse, one of about 3500 ever built in 1988 (and far fewer still on the road today ... far fewer).

If you know these bikes, you know how special these bikes are.  I've had this one since 2001 and put about 10K miles on it until 2009.  Then it sat in storage (in a garage and storage unit, but never in direct weather) until 3 weeks ago.  I put over $1000 into it get it serviced and back on the road.  Fuel system, carbs, tank, filters, fluids, tuneup, etc.  It's back on the road and I'd forgotten just how fun this bike is.  But my purpose was to pass it along to someone else, so I'm selling it.  It's not perfect and could use some shine time to really get the chrome to sparkle again, but it's in amazing shape for a 30-year-old bike -- even for a 10-year-old bike.

Included with the bike are all of my accessories as a bundle.  All are in decent to good shape, but if you don't already have these, this is a turnkey "ride off into the sunset" package and will save you hundreds:

Very serious inquiries only.  I will be happy to answer questions and show by appointment. 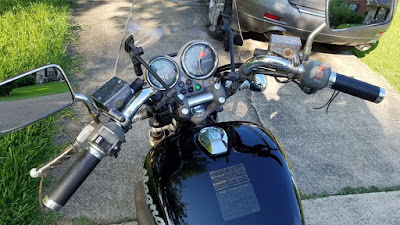 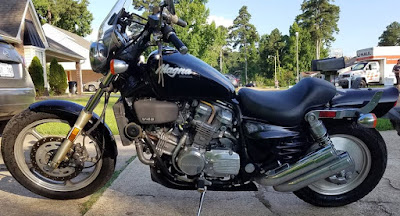 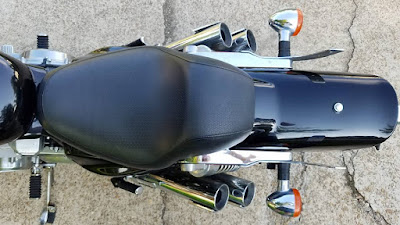 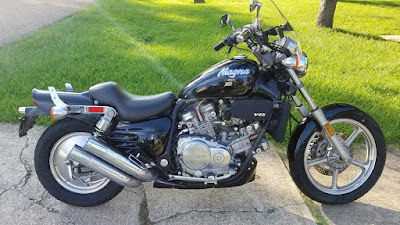 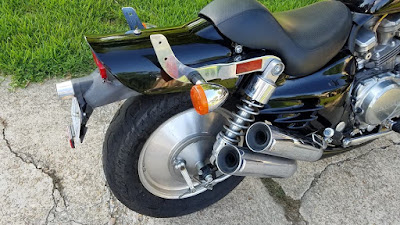 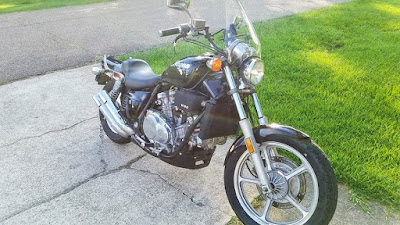 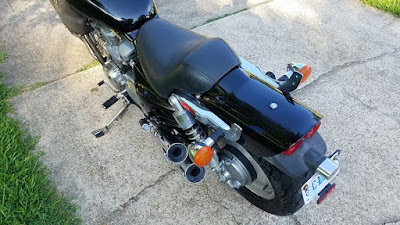 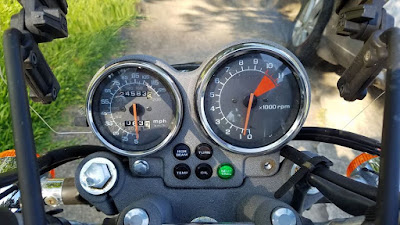 This bike was, true to Steve's word, adult owned, well maintained, unmolested and perfect (as far as a 31-year-old bike could be perfect).  It was probably one of the cleanest examples of a 1988 Honda Super Magna that I'd ever run across and I knew that it was going to be the basis for my power chopper project.  Now, before you start honking at me and writing nasty emails about cutting up a classic like an '88 Honda Super Magna, realize this; I am not going to chop this bike up to make a chopper.  This is the 21st century ... there are companies and kits out there which allow you to convert most popular bikes into choppers without cutting and welding the frame.  All you do is change out the front steering head and forks, reusing the stock wheel, brakes, etc.  Anytime you want to go back from being a chopper, you just put the stock parts back on. 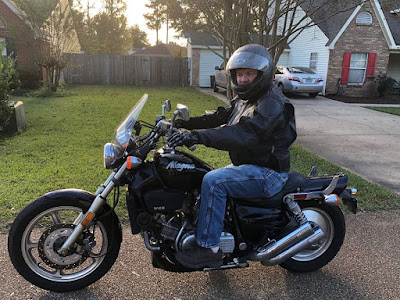 My old Joe Rocket jacket, Joe Rocket gloves and HJC "Smoke" helmet.  It was a little difficult going from a sportbike with triple disc brakes to a cruiser with a single front disc and a single rear drum but ... man!  It had been 24 long years since I'd slung my legs over the saddle of a V4 powered Honda and I had forgotten the distinct siren call of that family of motors.

The truth is that a Honda V4 sounds like no other motor.

You can have your retarded "potato-potato-potato" sound of that Milwaukee-built irrigation pump that the rednecks and poser bikers laughing refer to as an "engine" but the truth is that a Honda V4 is about as close to perfection in a motorcycle engine as you dare to get ... from the track to the street ... and unlike anything built in America, the Honda V4 sings.

The V4 sings ... whereas the Harley V-twin simply has an asthma attack mixed with a spastic bout of flatulence once it (finally) manages to cough to life.  The Honda V4 is totally different; over the feral pulse of the 4 into 4 upturned exhaust (itself a work of art) is the eerie siren wail of the V4 ... double overhead cams playing sixteen valves like a maestro's fingers work the piano, all turned by a 360-degree crankshaft and liquid cooled.  The wail of the Honda V4 is an ethereal, soul-stirring song that calls to you ... it starts low and builds with speed.  Grab the throttle and twist and the siren's wail rises in intensity to a crescendo and then fades away like a whisper.  The V4's song is like a drug ... after riding all day you go to bed wanting to hear the song again and you wake up in the morning wanting to hear the song again.

Not since I'd lost my '93 Honda VFR750F with its gear-driven overhead cams had I heard an engine song so sweet and the test ride on the '88 Honda Super Magna left me knowing that I'd been away from the Honda V4 for far too long.

Email ThisBlogThis!Share to TwitterShare to FacebookShare to Pinterest
Labels: Story 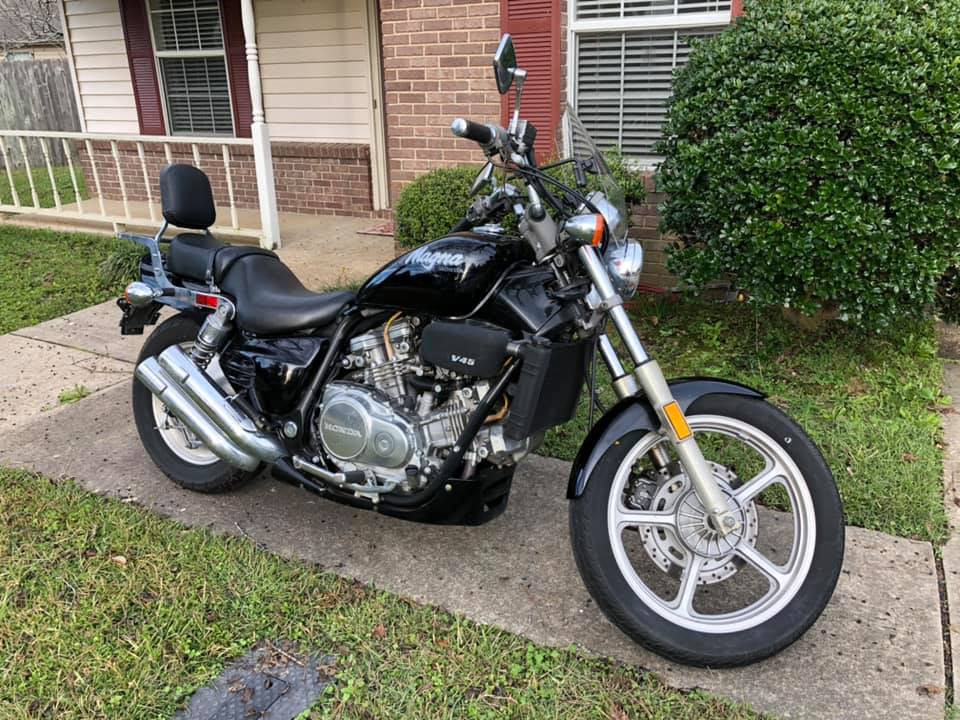 Christopher T. Shields
Born in June, 1969, I am a Stoic and a jaded misanthrope with the mind of a scholar, the heart of a warrior, and the body of a poet. As you can see, I don't take anything in life seriously, not even myself.